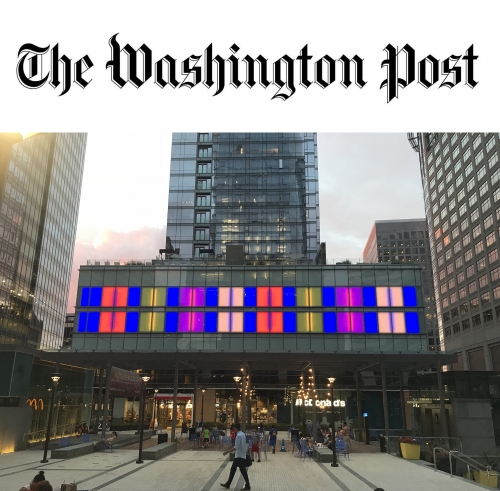 August isn’t traditionally the liveliest month for local galleries and museums, but there’s still plenty to see, including gem-encrusted miniatures crafted for Europe’s aristocracy and a much larger piece built with pull tabs from beer cans. There also are two examples of contemporary art that are all light and motion, one of which is pulsating in plain sight.

California LED artist Cliff Garten’s light piece could be called “street art,” except that it’s three stories up. The 150-foot-long by 15-foot-high artwork flickers over the plaza in front of the Rosslyn Metro station entrance (and directly over a McDonald’s). The bright colors and abstract shapes shift regularly, governed by software linked to real-time environmental information. The patterns may appear random, but they’re illustrating such local data as Arlington’s temperature and the Potomac River’s water level. Permanently at 1800 N. Lynn St., Arlington. 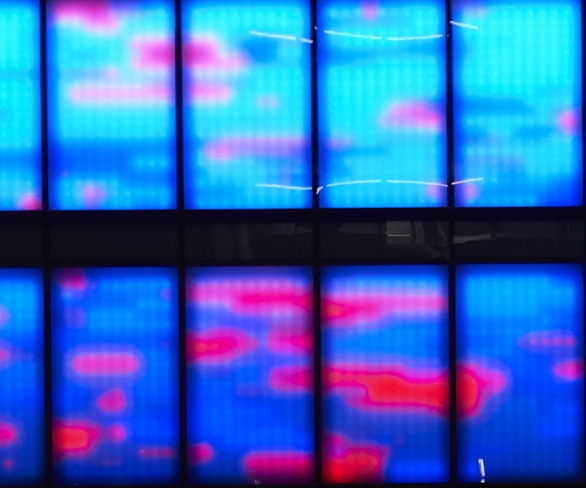