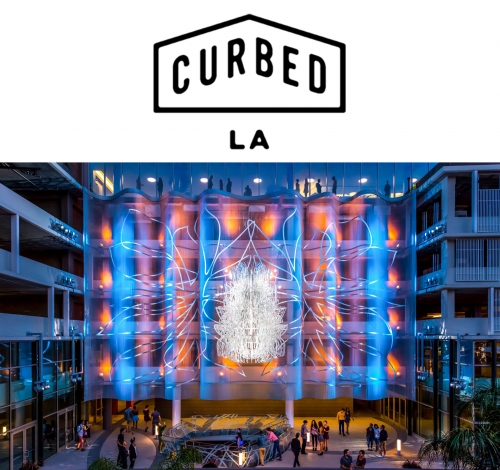 The maybe, possibly, almost finished new luxury apartment project at Vermont and Wilshire (also known as The Vermont) is getting bedazzled at this very moment with the art piece called *"Los Angeles Opens Its Heart of Compassion" by famed local sculptor/artist Cliff Garten. The 15-foot high by 10-foot wide chandelier is "created by a cylindrical array of abstracted lotus flower shapes made of laser cut aluminum and illuminated with white light." The lotus flower, according to The Vermont, is an iconic symbol of enlightenment in Korean culture and was chosen as a sign of respect for that community's work in revitalizing the area.

The art piece is part of the new project's art requirement which requires that 1% of the project valuation go to a public art piece. According to CRA-LA documents, the valuation of the development is around $155 million, so approximately $1.55 million went to the fabrication, installation, design, and engineering of Lotus. The art piece faces Wilshire Boulevard and is located above the project's public plaza, right across the street from Metro's Red/Purple Line subway station. And for the curious, according to public notices posted around the site, planned tenants include a Fatburger and a pizza place.

We're told the art piece will be finished in July and open in September.
The Vermont [Curbed LA] 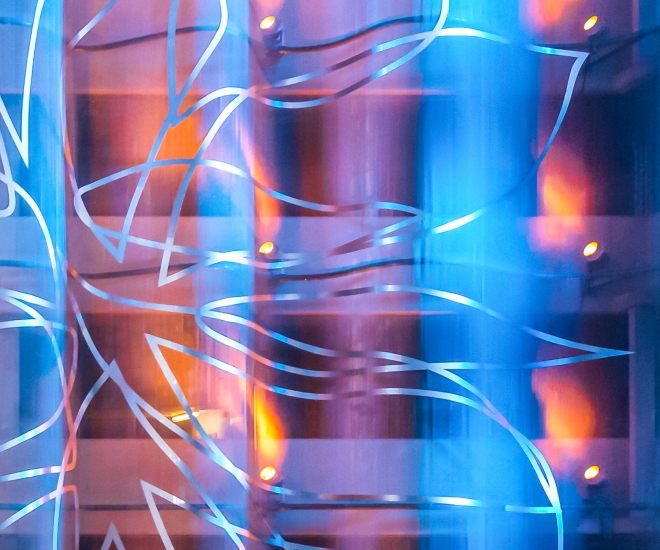