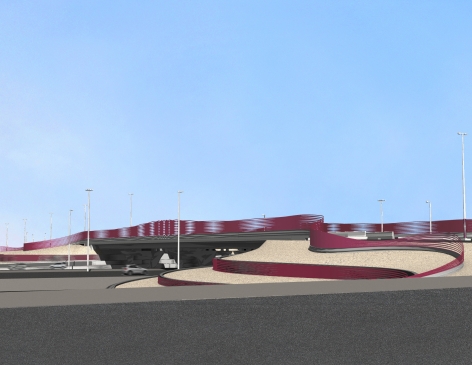 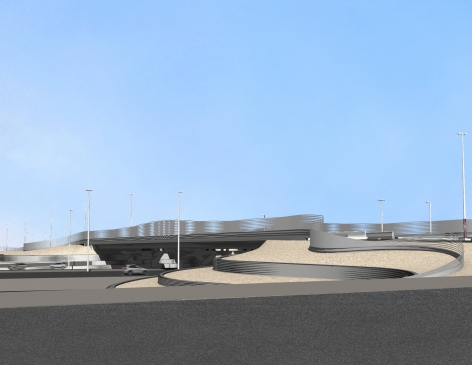 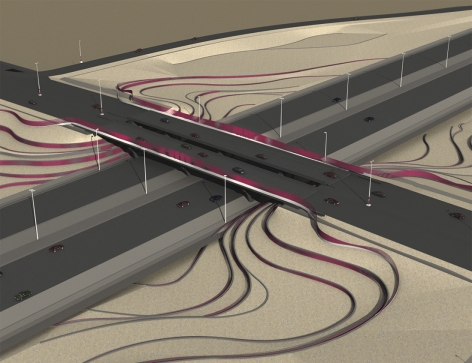 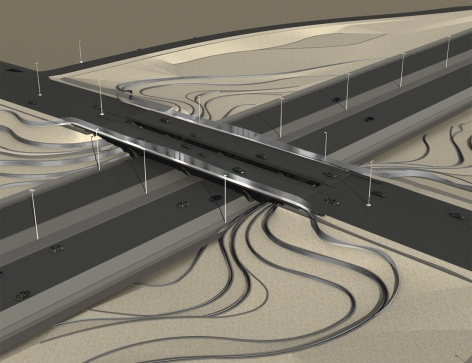 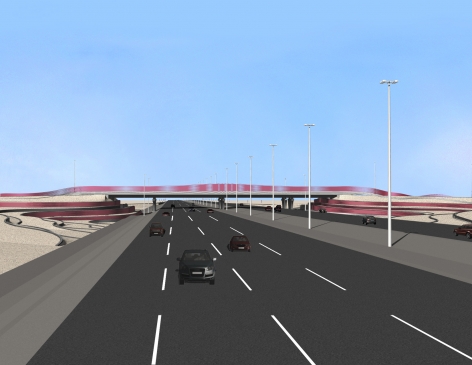 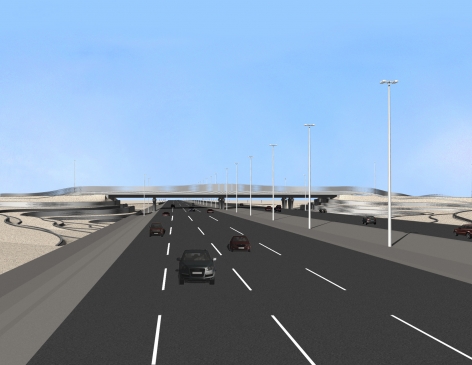 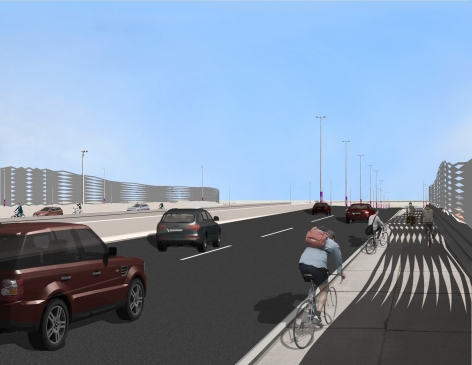 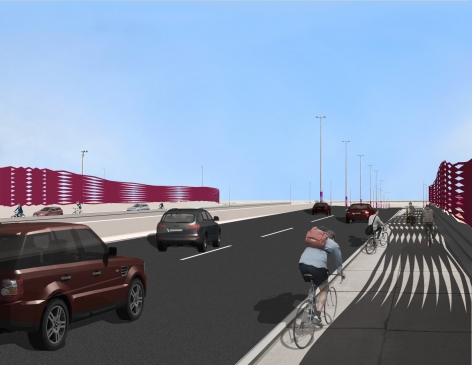 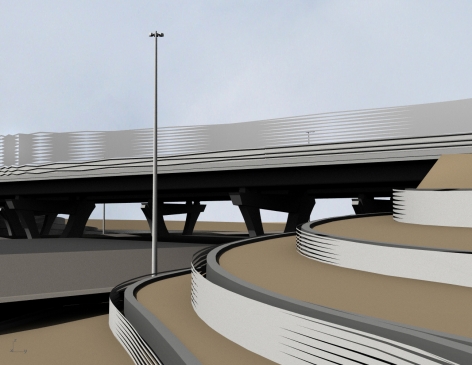 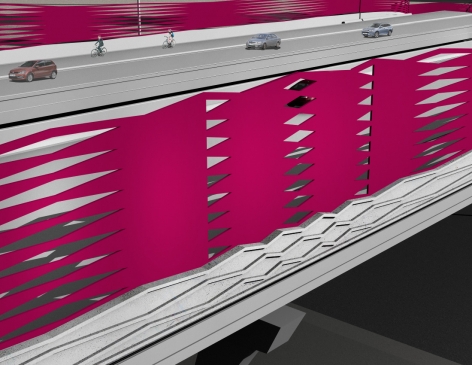 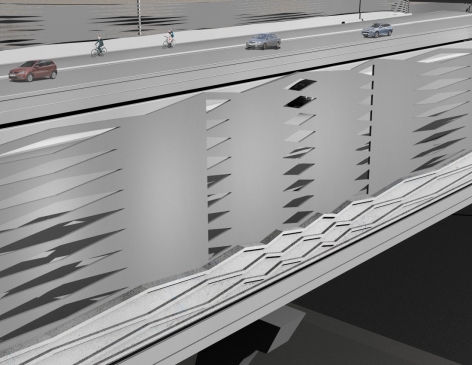 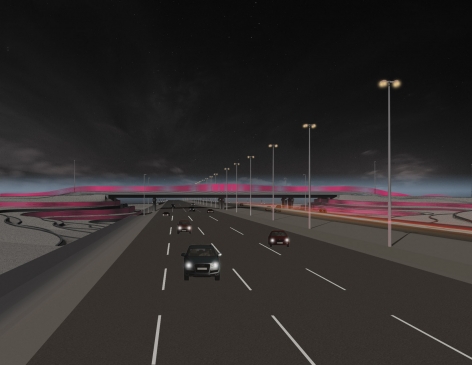 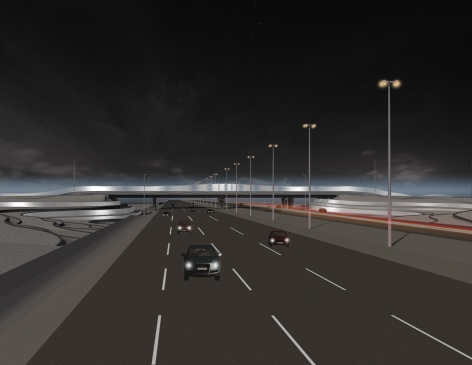 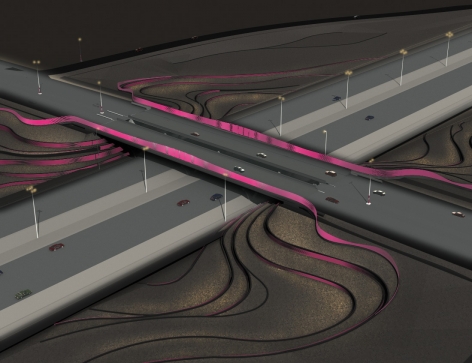 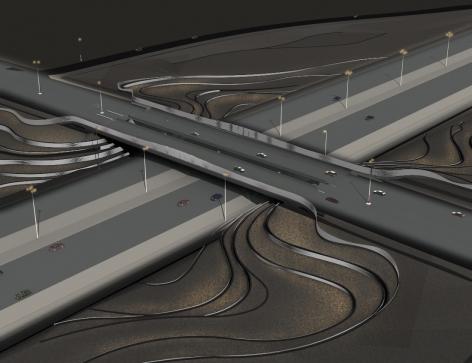 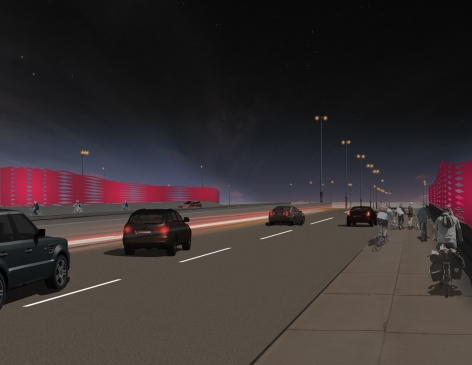 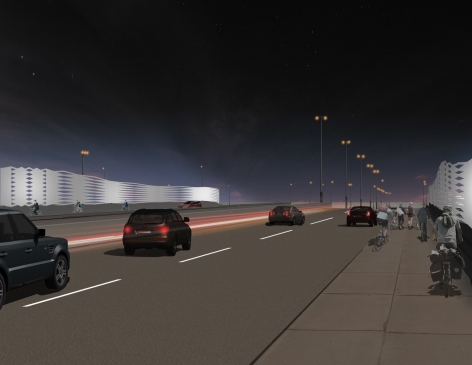 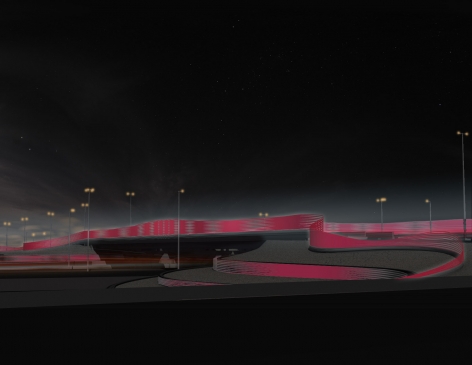 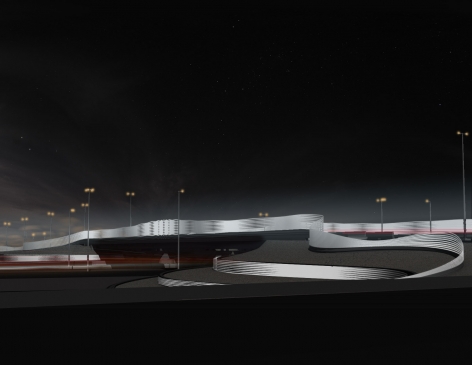 Al Zubara Interchanges is a proposal for the new Al Zubara Expressway. It offers an opportunity to see roadway infrastructure as something that uses sculpture to develop its aesthetic within the context of a series of functional forms. The language of the modern highway has created a form of efficiency that leaves much to be desired in terms of its visual impact on the landscape. Instead, the Al Zubara Interchanges are inspired by the history of weaving in Qatari culture. Al-Sadu is an ancient Bedouin weaving craft that utilizes patterns that were used to section and define spaces for nomadic living in a tent environment. Here these shapes are appropriated to define the spaces of the modern highway where speed influences one’s perception of motion. As a result, we have transformed traditional images of nomadic life to create a new language that will continue to define Qatar’s present and future. 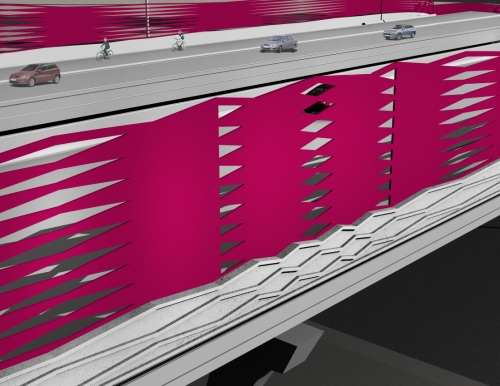